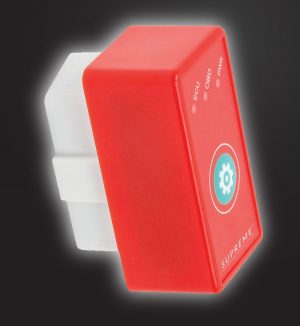 This is a unique review as we have found that there are many sellers of the exact same product on eBay under different names and so we needed to take a in-depth comparative look into all of them and see the differences between them.

This is a review and analysis of the Supreme Performance Chip 4.0 , The Super Tune, and the AliExpress’s Super OBD2 devices. If you are looking for a REAL review of these products, then this is for you! What is this product and how does it work? Let’s take an in-depth look and find out:

The “manufacturers” are 3 different named companies called ‘Great Lakes Auto’ , ‘intense_tuning’ and ‘AliExpress’.  This product is available on the eBay online marketplace as well as the AliExpress website.

The cost for the Supreme OBD and the Super Tune Performance Chips at the time of this review from on the eBay marketplace was $65.00 – $71.44 USD.  This price is average for performance tuning products we have reviewed in the past, but if you go to the AliExpress site you see that they are selling a similar chip at the cost of $5, due to the images of each one of their chips being the exact chip including the writing and graphics we had our suspicions there is relabeling going on here. Is this module actually worth the cost? Let’s find out!

The modules all come in a similar red OBD plug case which has been used for several previous performance chip scams:

The manufacturers all claims better throttle response, the addition of 50 – 60 HP:

These are some large claims and cases do look sleek, but do they live up to their claims? Let’s find out.

We purchased 1 of each of these performance chips and examined the inside of the module:

This circuit board is too familiar, as it is identical to the numerous Nitro OBD scam chips we have reviewed in the past, which are available in a handful of different brand names and case colors. And when compared side by side with each other, we can see the uncanny likeness:

Looking for any tiny differences between the 3? Something that will help to identify them from each other? Well we are as well. They all have the identical microprocessor, PIC16F59, used in the majority of the past scam chips we reviewed.

So far these products look exact inside and out, heck they all came in the exact same boxes and have the exact same install instructions and graphics on them as well . But for educational purposes, we decided to continue forward with the testing of all 3 of them individually in hopes that maybe just the looks were similar and that’s where the similarities ended? We followed the install steps of each of them one by one testing for the performance gains claimed in by them.

In each case after starting the vehicle, the lights illuminated in exactly the same pattern as each other. We drove with the modules installed in our test vehicle for several miles with absolutely no improvement in fuel economy, engine power or other performance. To be honest when we received all 3 chips and beginning this review we were expecting nothing less that this….nothing…

Note the same push button logo on the cases – note the writing below the button is the exact same on all 3, and note that all 3 of them come in the same boxes as each other. It matches exactly with a $4 Chinese Super OBD2 Nitro OBD2 scam chip clone, available from Aliexpress:

It is clear that this is just another Nitro obd scam under a new name. Please be careful when selecting anything you connect to your vehicle and do your research first!

Another interesting fact with many of these gimmick products is that the seller’s eBay userid often contains a history of other gimmick products, as is the case with Greatlakesauto:

Also, it appears some buyers on eBay are beginning to figure out this scam and know it can damage vehicles due to the low quality:

From our research and review, it is our opinion that the Supreme Performance Chip 4.0 by greatlakesauto, the Super Tune by intense_tuning, and the Super OBD2 from AliExpress are simply another Nitro OBD scam chips and do not deliver results as claimed. The cost is higher than most other scam chips in the same case. Our tests showed no changes on our stock vehicle. From other users on the net, other scam chips using the identical circuit board caused error codes and in rare cases, ecu damage. You definitely want to avoid these.